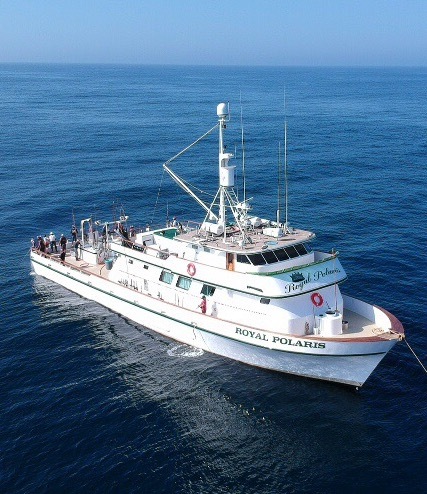 Ghostwriter (Mike Hieshima) here with the trip report from our truly amazing adventure. So much to say about the trip, I’ll try and keep this as short and sweet as possible. Here’s what happened…

You Never Know – We started the adventure with reports of Shark Tank from previous trips and all questioned whether we brought enough top shots and hooks. Who would have known…?
Midnight Blues – We had barely settled in and unpacked with Roy suggesting flat falls for the possibility of evening bluefin. We ended up with a late-night bonanza of Bluefin landing 38 nice ones. Only thing stopping us was fisherman as most landed a few and went to bed. Call it a good start!

Yellow Fever – We made a quick stop for yellowtail and found them with an iron deficiency. We happily assisted sending iron down and ended up with 29 nice fish topped by John Nutt’s nice 40# specimen.

Shark Tank – We rolled up to the tuna zone expecting an abundance of silkies, browns, white tips and others. Instead, we were able to set up and catch a few nice fish without being taxed.

The Huckster returns – We knew it was going to be good when the returning UFC Champion, Rick “Hulk” Allen returned after last year’s 397# & 306# domination in the Cage. To be honest, it was a hard act to follow, and he found a way catching the largest fish of the trip at 360#’s plus 242 & 212#ers. The Hulk returned.

The GOAT – As always, John Yamate cemented his title of Greatest of All Time catching the most tuna aboard and topping it off with a 239#er! He earned a few wash downs for personal best carryovers last year on bluefin and his biggest striped marlin!

Chip off the old’ block – We had the pleasure of having a young fisherman accompany his father. Emmory joined his father Randy and definitely showed that tuna and wahoo are in his DNA catching multiple personal bests in almost all categories. It’s quite special to experience a son teaching his father!

Vlade shoots and scores – Our newbie Vladie was far from a newbie to big yellowfin as he had a good trip on yellowfin including a big yellowfin weighing in at 236#’s.

Shannon does it again – Our premier lady angler (multiple super cow catcher) spent more time on the rail than any other angler and it paid off with a 248#er. She may be small but is definitely mighty!

Welcome Back Cotter – My good friend Gary Cotter returned after a 3-year hiatus and came back with something to prove. Gary caught fish every day we fished and topped it off with his personal best 292# beauty, welcome back!

Ken puts the Wood to them – On the last day of fishing, Ken Wood stepped up to the kite with determination and grit pointing out to left/center and called his shot. After patiently waiting until the very end a boil on his bait followed by a primal scream hard to describe. Something between a hyena and screeching owl. There Ken went being dragged by the fish as Trevan supplied encouragement. At the end of the battle, his personal best 285# yellowfin lay on the deck and Ken receiving his well-earned wash down.

There are so many other stories of the trip, but those are the highlights. The only time I would say was not so fun was uncooperative bait making. Regardless of 7 sleepless nights in a row, we had an Amazing Adventure!

UFC conclusion – As in previous years, we planned a funny ending to the fishing creating caped superheroes out of the crew. Their outfit consisted of running bras, capes and masks. 600 water balloons were filled and ready along with squirt guns filled with cool aid. The fishing contest was won by Eddie but due to a technical default knocked him down to a tie with Big D.

Thank you to the crew and cooks for manning the trip so special, especially Captain Roy for being the tuna whisperer, magician and comedian!

Thank you to my co-charter master, John Yamate for swag and prizes, Bill Nakachi for hooks & yozuri’s, Rick & John Handy for t-shirts, Randy & Emmory for filet mignon, Frank for wine. Special thanks to Marla and Lockhouse Retail Group for allowing me the time to go on this incredible adventure! 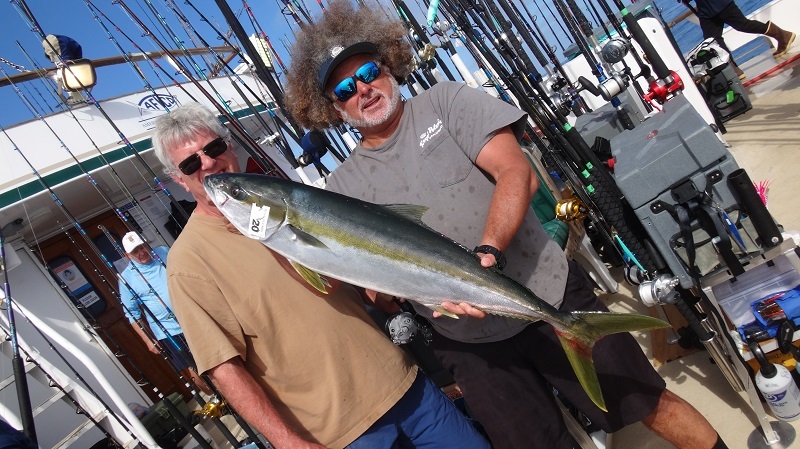 Grant, We Remember You 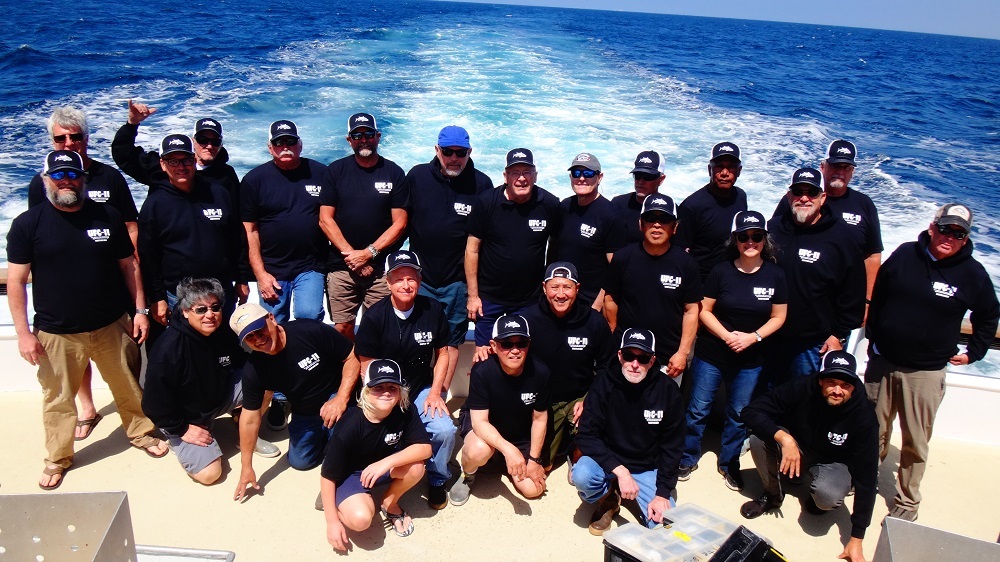