Hello everyone; Well, it’s been almost two weeks, since our last report, and boy we had a great time. We started our way down the coast of Baja, fishing many of the know spots by long rangers. We caught Grouper, Yellowfin tuna, fished for bait in Magdalena Bay, did some costal fishing along the coast. The we made our big move down the coast to Las Guacaauas. We fished there for a couple of days, catching Yellowfin tuna under bird school, which most were in the 50-to-100-pound range. Made a few drops for Grouper, but everything we hooked, just beat us up, and rocked us, many time. The one’s we did land were in the 40-to-50-pound category. Then it was time to try another canyon, just north of us. Lazano cardenaa Cayon was the next stop, it was like the Wahoo were on the bite, and just as fast as we caught 20, it was none around. We found a log just west of the canyon, and it was holding Yellowfin tuna and boy did they eat the popper. It was like a dream come true. The bite lasted almost two hours, as the crew was busy, releasing the smaller Yellowfin (30-40) pound fish. We did hook one giant on the popper, but the spinning reel just didn’t have enough line on it. So, it was time to search for birds, or just something floating. After a long day of searching, we traveled north once again, to an area around Puerto Salina Crus. Another canyon of the coast of Mexico. Virgin to us, and we caught some Yellowfin in the 80-to-120-pound range, and some Wahoo in the 25-to-40-pound category. Still no giants, and that’s what we are looking for, so Frank put it up for a vote, to head west to Hurricane bank. It was a land slide; we took off for the 600-mile run. We arrived to Hurricane in the dark, made a tank of flyers, and the taxman was out in full force. After 4 days at Hurricane bank, we finished our trip, with 120 Wahoo, over 200 Yellowfin tuna, up to 180 pounds, many other species of fish, and good times for all. If we ever do this again, everyone that’s on the trip, says, where do we sign up. Until next time, good luck and good fishing. The Royal Polaris Crew 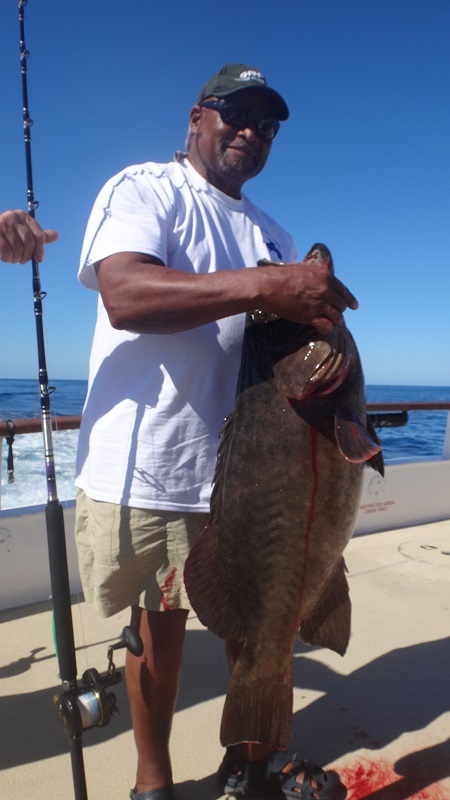 2-10-2022
Hello everyone; we departed from Fisherman’s landing, loaded up with bait, and we are headed for point south of the border. We have a great group, looking forward to what the ocean will give. Frank will be at the helm this trip, with his crew of Dharyl, Jimmy, Travon, Alec, Ryan, Taylor. In the galley we have Dave and Chris. Weather is foggy at the time, but otherwise, the weather has been great. 😁 We will arrive to the ridge tomorrow...... Read More