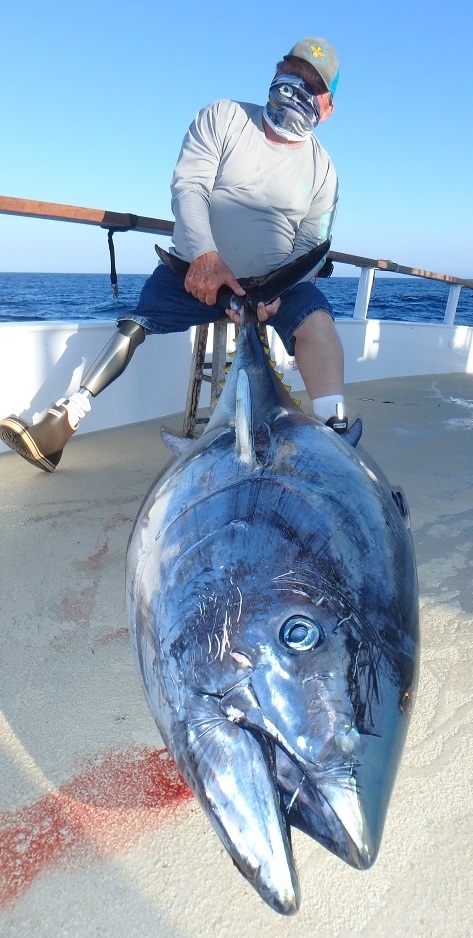 Hello everyone;  Well after a outstanding trip, we arrived to Fisherman’s landing at 0500 hours.  We offloaded our passengers and fish, loaded up on fuel and did a quick turn around.  After we loaded up our tanks with prime sardines, we headed northwest.  With the Bluefin numbers going up and getting larger, we had high hopes of hooking a few.  With only 16 passengers, we are truly limited.  We arrived to the area around 2130 hours, started looking for fish.  We would stop on numerous schools, but not luck in the dark.  We did hook two fish, but they would come unbutton from the glow in the dark 250g flat fall.  Once the sun came up , our search would begin.  We would stop on school after school, but if you every fished Bluefin before, you know the story.  But the words out, they don’t start biting until late afternoon.

Around 16:o0 we would hook our first Bluefin, and boy what a fish.  Ed would do battle with this giant for about 30 minutes, before being gaffed.  Once onboard, it was tapped, and estimate weight is 253 pound of beautiful Bluefin tuna.  We would only get one fish out of this stop, but just wait.

It didn’t take long to find another school, and these were on the bite.  We would have 5 to 6 fish going, three on the kite and 3 bait fish (flyline sardines).  Much to our surprise, all the bait fish were Yellowfin tuna (all were in the 50 to 60 pound range).  We would end this drift at first call for dinner or two hours later.  We ended the drift with 4 Bluefin (all of which were in the 150 to 180 range) and 5 Yellowfin tuna.  We did have a few heartbreaks during this drift.  Ed would hook another giant on the kite, which this one was much larger than the last one.

Crewmember Ulyses would do battle with this giant for over two hours, before it would chew through the 200 pound leader for the kite.  We would also lose a few Yellowfin to bite offs, hooks pulled.  So it was a tough afternoon, as we went about 50% on fish landed on Yellowfin tuna.  But we also lost a couple of giants on the kite to hooks being pulled and that one giant chewing through the 200 pound test mono.

Tomorrow is another day, and we are looking forward to doing battle once again.  So until then, wish us luck.  Team R/p. 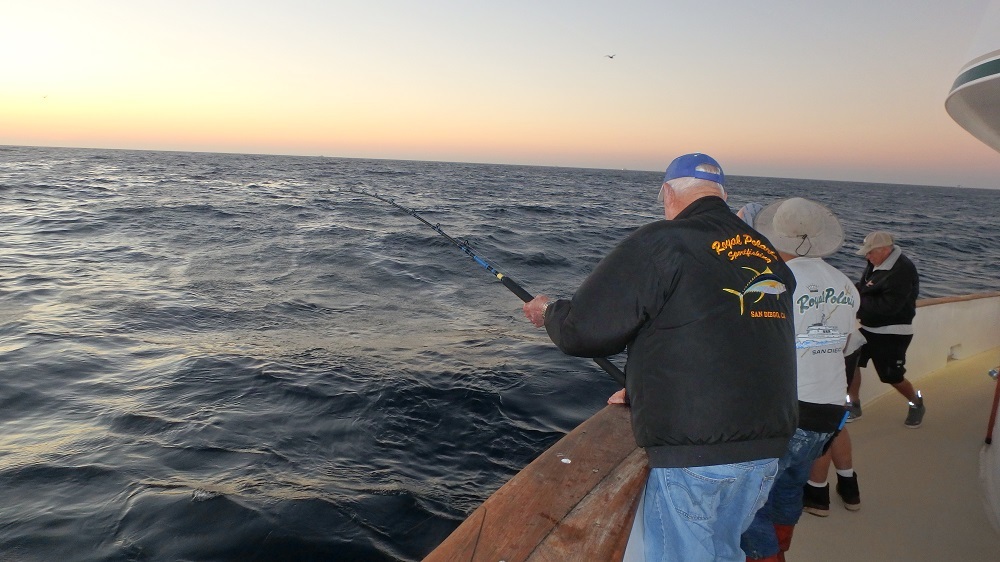 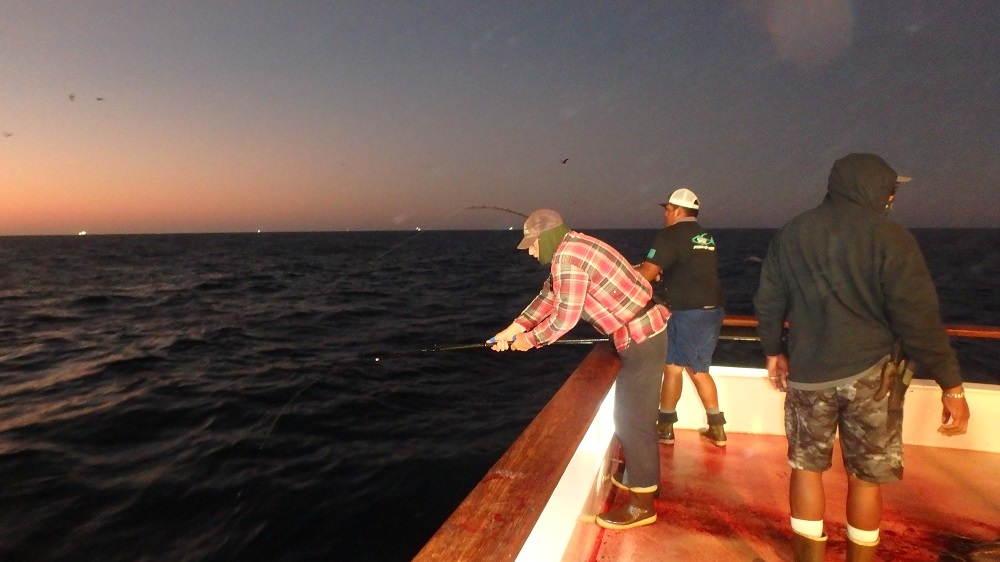 Bluefin And Back Again